The Sultan of Sokoto, His Eminence Muhammadu Sa’ad Abubakar, on Friday, dismissed claims by a Fulani group that they own Nigeria from Sokoto to the Atlantic Ocean.

Recall that a Fulani group, called the Fulani Nationality Movement (FUNAM) had said that Nigeria belongs to them from Sokoto down to the Atlantic ocean and it is their only inheritance

The national president of the group, Badu Salisu Ahmadu made the remark while claiming responsibility for the recent k*llings in Plateau State.

He said: “We have said it over and over, that Nigeria is the only inheritance we have in Africa and anywhere in the world. This land belongs to us, from Sokoto to the banks of the Atlantic Ocean. This was the destiny bestowed on Uthman Dan Fodio which would have been fulfilled since 1816 if not for the obstruction of this great assignment by the British. It is no longer time to play the ostrish. Our men are waiting. We are eager to fight. We are boiling with the zeal to actualize our dream; enough of double dealing and ambivalence by FULANI political leaders who unfortunately think the FULANI can only take back what belongs to us through appeasement and elections destined to reflect cultural values antithetical to the preachings of Uthman Dan Fodio”.
But reacting Sultan said in all the over hundred books of Usman Danfodio, there was no place where it was written that Nigeria belong to the Fulanis.

He disclosed this while speaking at the Interfaith Mediation Centre in conjunction with the Plateau State Peace Building Agency first annual Plateau State Forgiveness and Reconciliation Day.
“I am the leader of Usman Danfodio dynasty, I have never seen where in the hundreds books of Usman Danfodio where it was said Nigeria belong to the Fulanis. What he wrote was the role of Islam in leadership, governance, among others. They never mention of conquer of any particular land or claim of ownership of any territory.“People make comment that Jihad is to Islamize every country but I said no, Danfodio never came to Islamize any country, he preached against bad government.

“That fake write up was by those who don’t want peace in this country and we had denounced that. I’m the National Patron of the Miyetti Allah Cattle Breeders Association, it has been in existence for 44 years. There are two other organizations that I know but others I don’t know them. Please verify from us before you put blame on us”, he maintained
He pointed out that not all the Fulanis were involved in k*dnapping, banditry and other crimes adding that those ones behind all the atrocities were not members of Miyetti Allah Cattle Breeders Association

Sa’ad said, “They don’t belong to Miyetti Allah Cattle Breeders Association, they are criminals. I don’t know why security agencies allow them to be who they are, it is the responsibility of the security agencies not mine. There are Fulani criminals just as there are criminal elements among the Berom, Yoruba, Igbo and other tribes in the country. Let us stop name calling”.

On the claim that there are subterranean moves to Islamize Nigeria, the Sultan said it was not possible for anybody or group be it Christian or Muslim to do that.

According to him, “It is not possible for anybody to Islamize or Christianize Nigeria, it is not possible, hundred percent impossible but we still have leaders who use their privileged positions either in the church or mosque to say many bad things and nothing is done to them. They say things with impunity but never get punished.”

Governor Simon Lalong in his address, said his administration will continue to collaborate with security agencies in dealing with criminals and evil persons and groups that appear determined to cause havoc in the State, as witnessed in the last killings in Mangu and Bokkos Local Government areas.

Lalong said the duty of every good leader is to bridge the gap and reduce the factors that trigger mistrust, hatred and bigotry between different ethnic nationalities and religious adherents.

According to him, this can only be possible if there is genuine commitment to truth, justice and faithfulness to the oath of office and the Constitution of the Federal Republic of Nigeria, especially by those who are elected to serve everyone.

“We must not always exploit the fault lines of politics, religion and ethnicity which can easily make us derail and create disharmony among the people.“If we do justice to all irrespective of differences, there will be peace and progress. Anything contrary, will make us slide deeper into chaos”, he stressed. 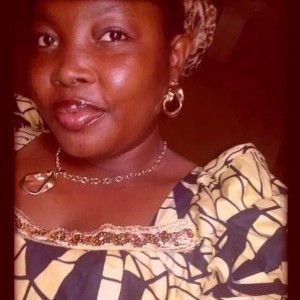 North has everything except sense — Sultan Abubakar